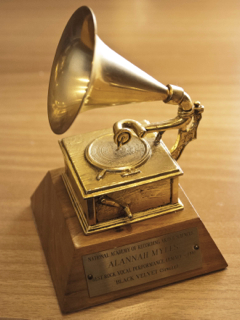 Alannah Myles was born in Toronto, Canada listening to FM radio stations that introduced her to an international compilation of music. She was raised in the city of Toronto where she studied to become a graphic artist, splitting time on her family’s ranch in Buckhorn, Ontario and spent her early years competing as an equestrian on the Ontario A Circuit competing in Canada’s prestigious Royal Winter Fair prior to deciding that she would make music her calling. You may click on the link below to visit the family lodge.

Alannah appeared as an actor in TV commercials, modelled, styled wardrobe for local celebrities, worked as a make up artist and consultant to pay for her early demo tapes in attempts to secure a record deal for her team. Though she was born to a privileged family, she chose to remain independent. After a decade of paying dues; performing concert venues, drinking establishments, nightclubs, coffee houses and hotel bars she spent five long years recording her debut album released by Atlantic Records (Warner Music Group).

Alannah was and will always be married to her music.

The ‘Alannah Myles’ first self titled album released in Canada in the spring of 1989 produced four Top 40 hits, “Love Is”, “Black Velvet”, “Lover of Mine”, and “Still Got This Thing”. Released internationally in 1990, Atlantic records finally hit pay dirt with her number one international smash, “Black Velvet”, winning a Grammy award for best female rock performance, along with several Canadian Juno Awards, a Diamond award for sales in excess of one million in Canada – the only artist who still retains this status for a debut record. After it’s first year of release Black Velvet received the ASCAP award for over one million radio plays and the ASCAP ‘Millionaire Award’ in 2005 for over 5 million radio plays. SOCAN in Canada awarded the songs, “Black Velvet” and “Lover Of Mine” each with an award for over 100,000 plays in Canada in 2005 with her #1 hit ‘Song Instead Of  A Kiss” to follow.

Her follow-up multi-platinum album, Rockinghorse (1992) received a Grammy nomination for the title track ‘Rockinghorse’ and three Canadian Juno Awards. Prior to her third,1995 ‘A Lan Nah’ album she signed with manager, Miles Copeland after attending his annual songwriting retreats held at the Marouatte Chateau in France. After the sale of over eight million records she concluded her alliance with Atlantic Records and in 1997 Ark 21 Records released her fourth record Arrival (1997), which saw the top 40, hit Bad 4 You.

Click on the link below to view the 14th Century nine towered castle in France.

Atlantic Records cemented Alannah’s release from her 7- 8 album deal with a parting gift, ‘The Very Best Of Alannah Myles (1999) compilation released on WMC and internationally on Ark 21/EMI, re-released as ‘Myles & More’ (2000) on Ark21/Universal Music Group containing hits from all four albums and is scheduled for termination.

Funds from an out of court settlement with a national Canadian publication afforded Alannah the luxury of spending the time required to record, executive produce and co-write 9 of the 11 tracks for ‘Black Velvet’ leased to an indie label in Canada which has since 2013 been terminated. The album includes a contemporary remake of her classic hit, co-produced with Torontonian Mike Borkosky and Veronica Ferraro from France, mixed by renown producer Terry Brown.

The lease for Alannah’s independently owned 2009 CD, ‘Black Velvet’ was terminated on Sept 1, 2013, repackaged, retitled ’85bpm’ with added tracks including an original re-record of Black Velvet. Returned master recordings of her 1997 ‘A Rival’ CD are now distributed by tunecore.com re-released to all online digital stores with future remix plans in celebration of her 25th Anniversary.

Plans to tour Europe beginning with classically orchestrated concerts backed by conductor Friedemann Riehle for the Prague Philgarmonic Orchestra beginning fall of 2015 are underway. Expect to hear more music and news in her upcoming 25th Anniversary of ‘Alannah Myles’.

“Justice is never blind…  She just takes your precious time”.

“A good song lives on til well after we’re gone. It has the power to inspire others and move people’s hearts without their even being fully aware.”

“One Hit Wonder… Yeah, one only needs to get it right once.

“I challenge anyone (including me) to better Black Velvet!”

“God put me on this planet to accomplish a certain amount of things.

Right now, I’m so far behind, I can never die!”